(The following information is courtesy of https://tshaonline.org/handbook)

The first settlers to reach the area, Jeremiah Easterwood and his family, arrived in 1852. Easterwood built a Methodist Church which also served as a school. Eventually the community became know as Elm Grove. The Gulf, Colorado and Santa Fe Railway built into the area about 1890. A general store was established by Charlie Moore in 1893. In 1894 the General Conference of Seventh-day Adventists opened a school to train ministers on 836 acres in the community. The assembly hall was built on the campus of Southwestern Union College that year and a post office opened. Postal Service officials selected the name Keene. The local post office closes on Saturdays rather than Sundays.

In 1896 Southwestern Union College, originally a high school a became twelve grade academy. New buildings were constructed, and the campus' original structure became part of an industrial training complex which included a cannery, a laundry and a broom factory. By 1900, Keene had a population of 500. In 1915 two additional years of education were added to the college's curriculum and the institution became Southwestern Junior College. Keene had a population of 420 in 1926 and thirteen businesses in 1936. By the mid 1940s the town had 350 residents and sixteen businesses. 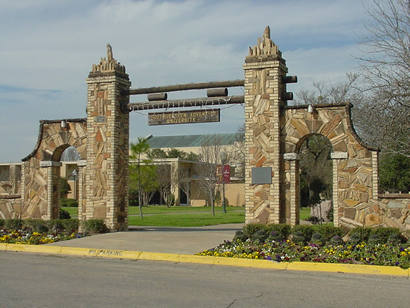