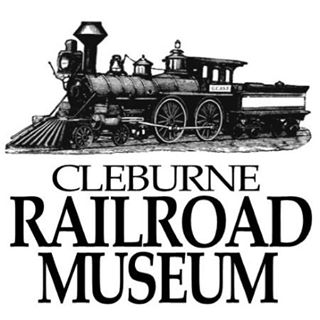 The Mission of the Cleburne Railroad Museum is to collect, preserve and interpret artifacts that preserve the history of the railroad in Cleburne and the men and women who built it.

The Railroad Museum was opened in November of 2016 and celebrates the 100+ year history of the Santa Fe railroad and repair shops in cleburne. Located at 206 N. Main Street, the museum is open 11 AM  - 3 PM Thursday, Friday and Saturday and can be visited at other times by calling 817-645-6940.

The Cleburne Railroad Museum relies on private volunteer donations for acquisitions, programs, events and displays. All donations of money, photos and railroad materials will be used to supplement the limited public funds. The Alvarado Heritage and Preservation Foundation is in the process of restoring the 108-year-old steel warehouse, also known as the Park Hardware Wagon Barn. When the renovation is completed, the structure will house the Alvarado Heritage Center. This museum will pay tribute to Park Hardware, as well as showcase the early history of Alvarado, Texas and its agricultural heritage. This process was begun in 2009 and is nearing completion. The artifacts and displays for this facility are being financed by donations from private individuals and local businesses. If you would like to contribute to the preservation and promotion of Alvarado's rich history, please click the donation button above. If you have any items that you would like to donate to the museum, Alvaradoheritage.com, and contact us.

The "Little Old House on Buffalo Street" is a historical landmark in Cleburne. It is said to have been built between 1867-1868 when the county seat moved to this location. At that time Buffalo Street was the "road into town “and within "water-toting" distance to the towns public well. A short distance away from the Little House was the stagecoach stop.

The city directory shows Mr. and Mrs. T.P. Kirkham living in the house in 1913. The Kirkham family added the stone house in the back yard, which Mr. Kirkham used in his business as a hatter.

With the help of Johnson County, Johnson County Historical Commission, and Save Old Cleburne, we hope to make this house available to the public in the future.

We thank you for your support. 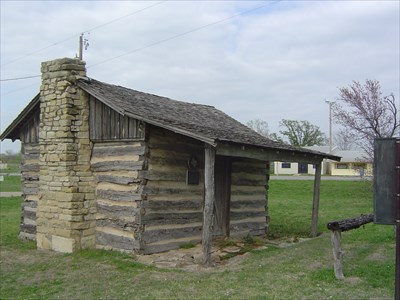 The history of the Briden Cabin begins with Henry Briden. Henry Briden (1825 – 1908) came to Texas from his native Germany in 1845 and served as a Texas Ranger for two years.  July 16, 1849 Henry Briden and Lucinda Sevier (1831 - 1875) were married and immediately Henry brought his bride to what later would be Johnson County and settled on land (part of a Spanish grant) given them by Mrs. Briden's uncle, A. H. Sevier.

Her father, Charles Sevier, and his brother were surveyors. In July 1849 Henry Briden and his bride, Lucinda (Sevier), arrived in a wagon pulled by oxen, accompanied by her father, Charles Sevier, and an uncle, A. G. Sevier. At the Nolan River west of the site of Rio Vista they found springs of water A. H. Sevier helped the young couple to build a log cabin on the Nolan River above Dripping Spring. The roof and door were made of thin boards hewn from the trees. Henry Briden would become the first settler in Johnson County.

Many histories give Samuel Myers as the first settler in the county, others name William Balch. Myers did not come to the county until 1851, and although William Balch staked out a claim in December 1849, he left and did not return until 1851, so neither was here as early as Henry Briden.

The Briden Cabin is one of Johnson County Historic Commissions sponsored projects.  Mayor Keith Hutchinson is dedicated to restoring the Briden Cabin located in Rio Vista Texas.  This is the oldest first settled home in Johnson County. Come see this Cabin restored and standing.

The project is finished and now the Briden Cabin will be available for our next generation to see our County's History. 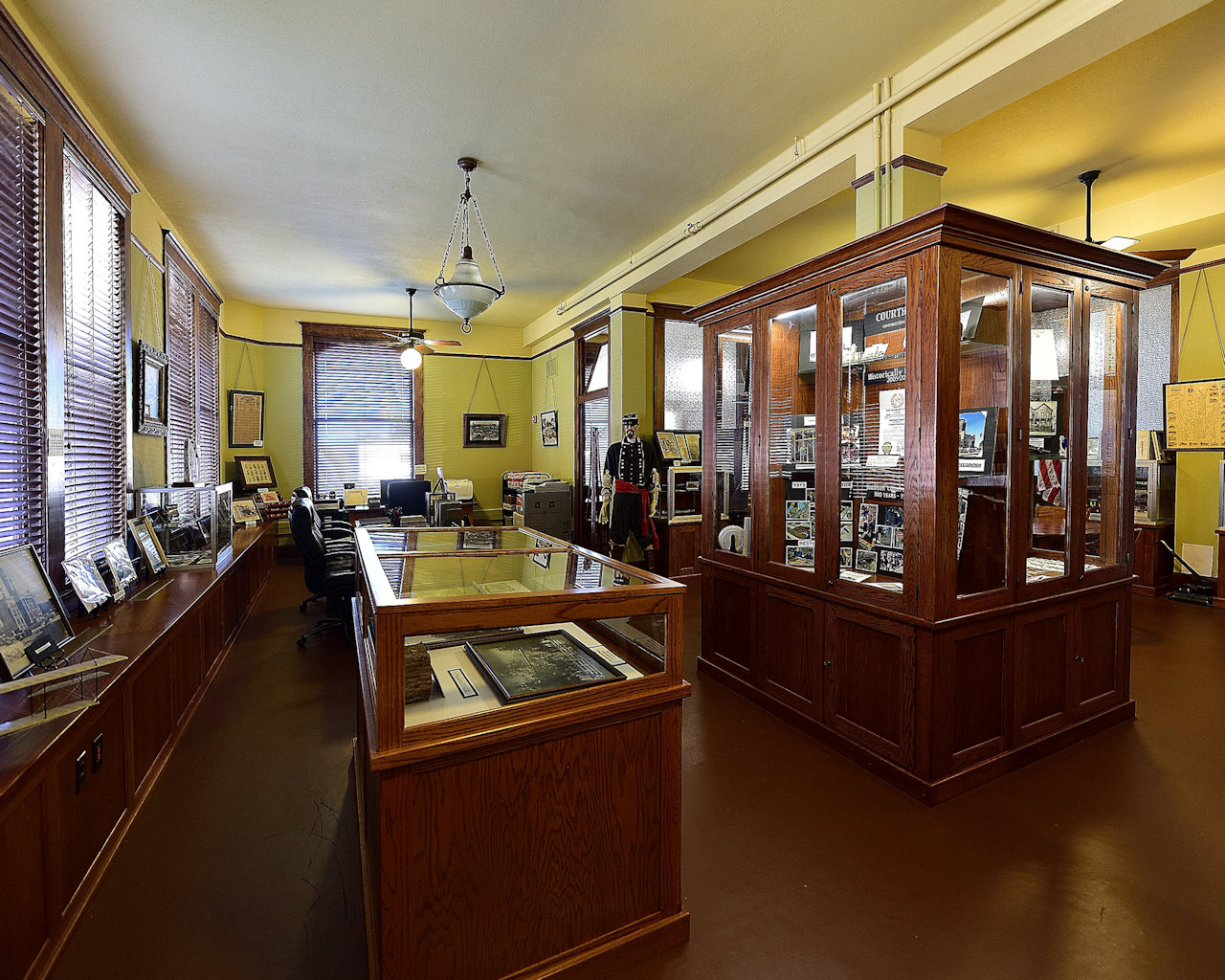 Each City in Johnson County is represented with its own display case that houses items of interest for that city, such as: Alvarado, Burleson, Cleburne, Godley, Grandview, Joshua, Keene and Venus.

The Johnson County Museum has been very fortunate to have received several collections, including The Dan Leach, Wanda Erickson, Jim West, Jack Carlton, Dr. Harris and the latest collection of books pertaining to Philip Nolan.

Please come and learn more about where you live! 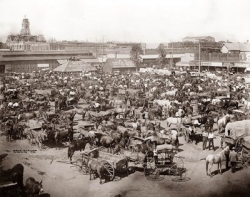 Market square is one of Johnson County Historic Commission's projects in the community.  The Market Square was established in 1898 because of the many people that would come to town to sell their wares in front of the Courthouse. It had become such an event, that it made it difficult for the courthouse to conduct regular business. The overflow of people, wagon's and animals, and the mess it left in its wake became too much.

On Monday, March 21, 1898, The Johnson County Commissioners met at the Courthouse to officially purchase Block 24, on the west side of South Main Street to be established and maintained by the City of Cleburne expressly for the use as a free marketplace for the community and surrounding areas. Joe Mickle owned most of the block that was to be Market Square and was paid $1,650 by the county for his property while P.C. Chambers who owned the remaining lot allowed the county to have his land for $5. (Ann Kieschnick, Johnson County History.)

Market Square has been a part of Cleburne since 1898. It was a meeting place for all to come and gather for trading their ware, selling horses, cattle, vegetables and community gatherings. With First Monday Trade Days crowds overflowing into the streets, it was the heart of the city at one time.

With the help of Johnson County, The City of Cleburne, The Heritage Assembly, Johnson County Historical Commission, Save Old Cleburne and you, we made this the meeting place of the city again.